Maybe it’s just because of the business we’re in, but we hear it all the time: 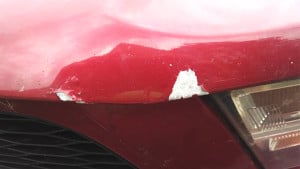 “Just get a car made out of aluminum, and then you won’t have to worry about rust.” Our response is always the same: “We wish, but it doesn’t work that way. Aluminum cars corrode, too.” A class-action lawsuit against Ford shows just how real aluminum car corrosion is. An article on FordProblems.com explains the circumstances of the lawsuit:

A class action lawsuit filed in the United States District Court in New Jersey claims that Ford used aluminum hoods but failed to properly insulate them from “old iron-based connecting and supporting parts,” despite knowing that “would give rise to galvanic coupling” and corrision.[1]

It goes on to say that the automaker went on to conceal this inevitable problem from buyers, drastically reducing the long-term value of their vehicles.

Ford not only denies this claim, but says the suit is so lacking in merit that it should be dismissed. Last fall, Judge Kevin McNulty granted only part of Ford’s request, dismissing one of three counts, allowing the case to continue.[1] Ford can deny concealing the problem until the cows come home, but actions speak louder than words. In 2004 the manufacturer sent dealers a technical service bulletin (TSB) about bubbling and blistering under the paint on aluminum body panels due to “iron contamination of the aluminum panel”. The TSB goes on to say that “testing has revealed that the aluminum corrosion was caused by iron particles working their way into the aluminum body part, prior to it being painted.”

Metal corrosion is a chemical reaction between a metal, the oxygen in the air, and a catalyst. Some catalysts work better than others, and some metals corrode faster than others. Iron, the main ingredient in steel, corrodes faster than aluminum. Touching certain metals together can speed up the process, and that’s the main point of the lawsuit. But aluminum can corrode without any help from iron; it just takes a little longer. The main factor in the corrosion of today’s vehicles is road salt. Decades ago, road crews used to spread a mixture of sand and rock salt to help keep drivers from slipping and minimize accidents. Rock salt is unrefined table salt or sodium chloride. Now, sand has been eliminated in most deicing mixes, because it clogs storm drains.

Rock salt is now replaced with or mixed with magnesium chloride and other salts, and bonding agents are added to keep the mixtures from washing off the roadways. In addition to the higher concentrations of salt, the new mixtures are much more efficient at catalyzing corrosion. That means even faster corrosion of steel, aluminum, and other materials. Technically, it’s true: aluminum can’t rust – at least if you’re using the narrowest definition of rust. While in general use, and even in some dictionaries, the term ‘rust’ is used to mean corrosion of metals of any type, its strictest definition is reserved for the corrosion of iron only. So if your goal is to win a game of semantics, that little bit of trivia, “aluminum can’t rust,” may come in handy. But if your goal is to keep your car from being eaten up by road salt, you’d better get rustproofing, even if your car is made of aluminum. If you’re trying to buy a car that’s immune to corrosion, take a number and wait in line. We’d all love to have one of those, but they haven’t found a way to make them yet. Here in New Hampshire, rustproofing is available from The Rust Stop Pro.

Why Do Two Dissimilar Metals Cause Corrosion?

The contact between two dissimilar metals frequently occurs in various situations in everyday life. An aluminum head on a cast-iron block, zinc galvanized on a steel beam, solder on a copper pipe and steel fasteners in Aluzinc sheeting are just some common examples of different metals paired in constant contact.

Dissimilar metal corrosion refers to the electrochemical process that destroys metal, reducing its strength and thickness. This type of metal corrosion is closely linked to phenomena like cracking paint. When two dissimilar metals come into contact within a corrosive setting, one metal undergoes galvanic corrosion while the other one maintains galvanic protection.

Often this does not present any issues, however, there are instances where the contact between dissimilar metals can be detrimental and result in a type of corrosion known as bimetallic corrosion (also known as galvanic corrosion). This type of corrosion occurs when certain criteria are met and environmental conditions are ideal. Although bimetallic corrosion can have many adverse effects on metals, there are instances where this electrochemical process can be beneficial and positively used in a number of applications. (To learn more about these electrochemical processes, read Corrosion Electrochemistry: The 6 Electrochemical Reactions Involved in Corrosion.)

In order to prevent galvanic corrosion, these measures can be implemented:

NH Oil Undercoating is designed to create a barrier that can’t be broken, chipped, or cracked. By staying fluid, our petroleum-based rust protection heals back over after any abrasions providing lasting protection, even in extreme conditions!

NH Oil Undercoating® Rust Protection See the difference for yourself!