What is Rust Proofing Spray?

Five things you should know before you choose a rustproofing spray.

Despite how far vehicles have come, one thing remains the same: cars & Trucks still rust. Trust your vehicle to the Leaders in Rustproofing, NH Oil Undercoating®

Best Oil to use for Undercoating

Rust Proofing  spray has never been more important because of the introduction to salt brine on the roads. The use of brines is known as anti-icing or pre-wetting measures.

Fortunately, you have options for protecting your vehicle. It is no longer acceptable to take a passive role when it comes to corrosion. To make matters even more complicated, road brins have the same melting characteristics of solid rock salt, but since it is applied in liquid form, the salt can begin to work immediately. The brins are also more effective at lower temperatures. Unfortunately, these products designed to save money and make our roads safe have a toxic effect on your vehicle’s undercarriage.
The toxic effect comes in the form of accelerated oxidation.

In a 2017 report, AAA estimates consumers spent over $3 billion per year on deicing liquid corrosion repairs. If you’d like to contribute as little as possible to that number, you need to think an act proactively. 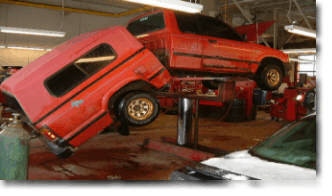 Being proactive with corrosion will not only add residual value to your vehicle but will also protect you from mechanical structural failure. Not to mention your car’s appearance and safety inspections. Many states are under litigation by common carriers who claim the road brine is causing their vehicles to prematurely rust. Many carwashes are under regulatory pressures to recycle water, do you think they are removing these contaminants in that process?

NHOU is designed to slow down or inhibit corrosion on vehicles. It is a petroleum based product with rust inhibitors containing no solvents. In fact the NNOU is the best oil to use for undercoating as this product is not only environmentally safe, contains no toxins, is non-flammable, is non-reactive, is non-corrosive, can be sprayed in any weather, remains active.

Brine, which is used to pre-treat roads in the hope that snow will melt on contact, gets into cracks and crevices in which a chunk of rock salt can’t lodge. It’s both cheaper and more effective. The problem with today’s road brine is twofold. The toxic substance works at lower temperatures by design which makes it more efficient in keeping roads clear but has an adverse effect on metal surfaces that come in contact with it. Another contributing factor is the introduction to sticky additives design to make the product stay put on the roads. Unfortunately, when you drive over this sticky toxic substance it does not discriminate and sticks to the undercarriage of your vehicle. If the carwash recycles water and doesn’t remove the substance in the filtering process, you are now shooting that substance with high pressure into the body cavities of your vehicle!

There is a way you can fight back! NHOU has products and services designed to empower you to be proactive in your fight against corrosion.

Are you ready to become proactive? An above average product is worthless if you receive a below average application! Fine factory trained dealers near you >here<